The San Ruffillo Dam and the connected Savena canal together with the Casalecchio Dam and the Reno canal represent the two main sources of hydraulic energy that allowed Bologna to be one of the richest cities of Europe in the Middle Ages.

Built at the end of the 12th century, several restoration projects were carried out in 1306 and 1445. In the 1500s, as shown by a drawing by Pietro Fiorini, the dam was formed by a large wall with a rectangular section, without a downstream slipway. This was partially added later, as shown by a 17th-century drawing by Andrea Pedevilla.
Mined during the Second World War, it was restored in 1945-1948 and equipped with a curved slipway.

Just over 52 metres long, the dam has a difference in height between the upstream and downstream sides of about 8 metres. The length of the canal to the Misericordia church is 4,392 metres, and this first section powered various productive activities, like the Panigada paper mill, active until 1958, and the Parisio mill, active until 1976. Shortly before entering the city centre, the canal fed into the small lake of the Giardini Margherita. Entering the city through Porta Castiglione, it continues along Via Rialto with the name Fiaccacollo canal, then along Via Guerrazzi, Piazza Aldrovandi, Via Petroni (where it was called the Pellacani ditch) and along Via delle Moline, where its water mixes with the Aposa stream. 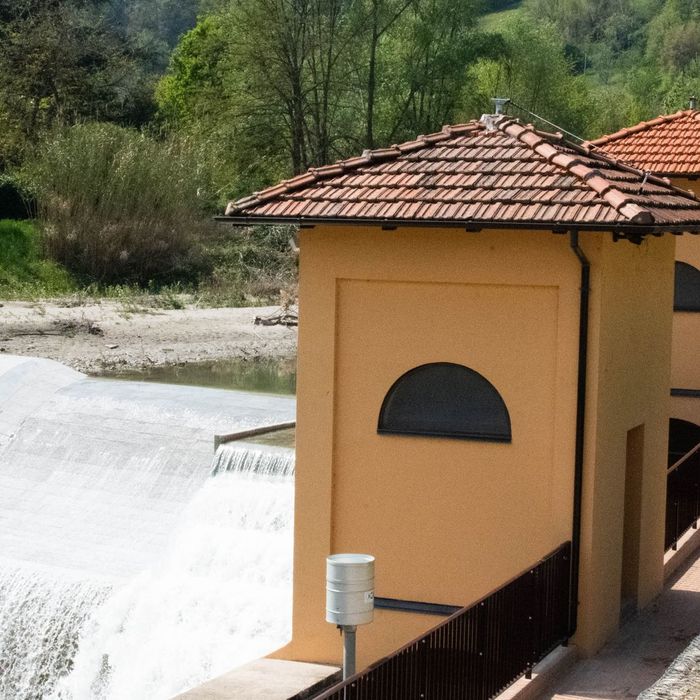 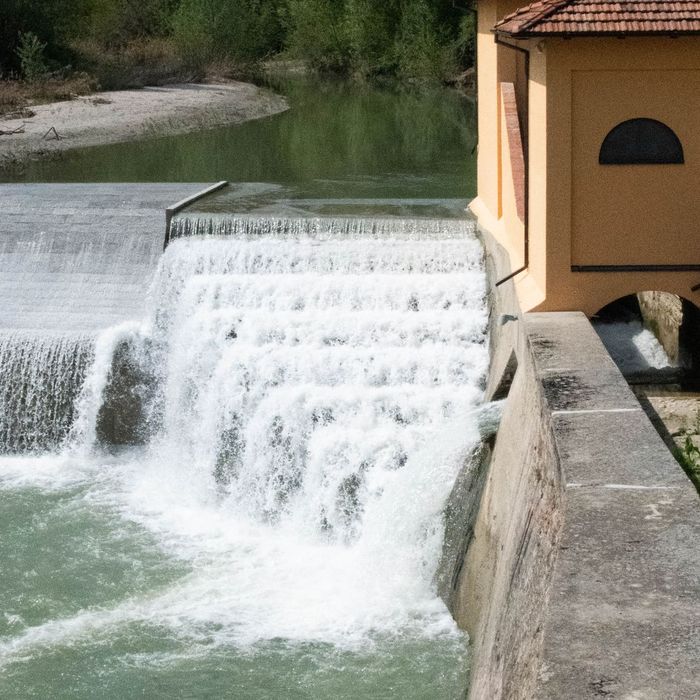 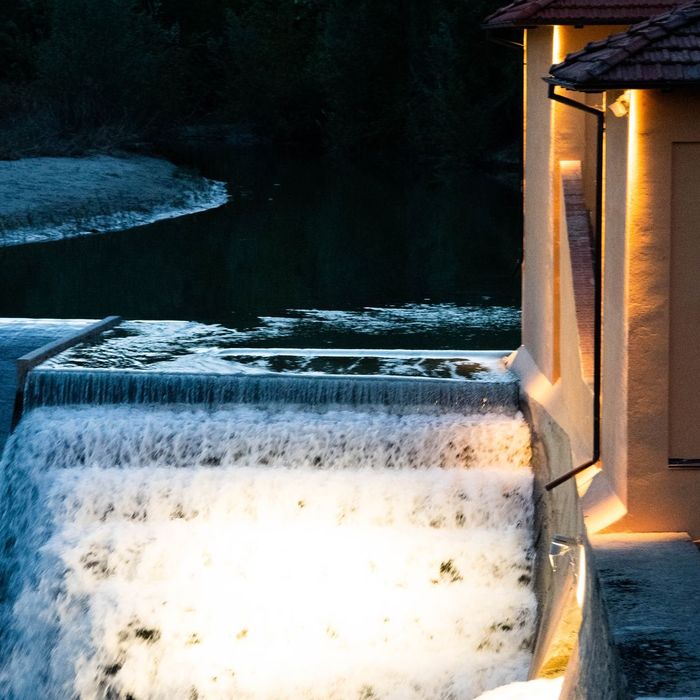 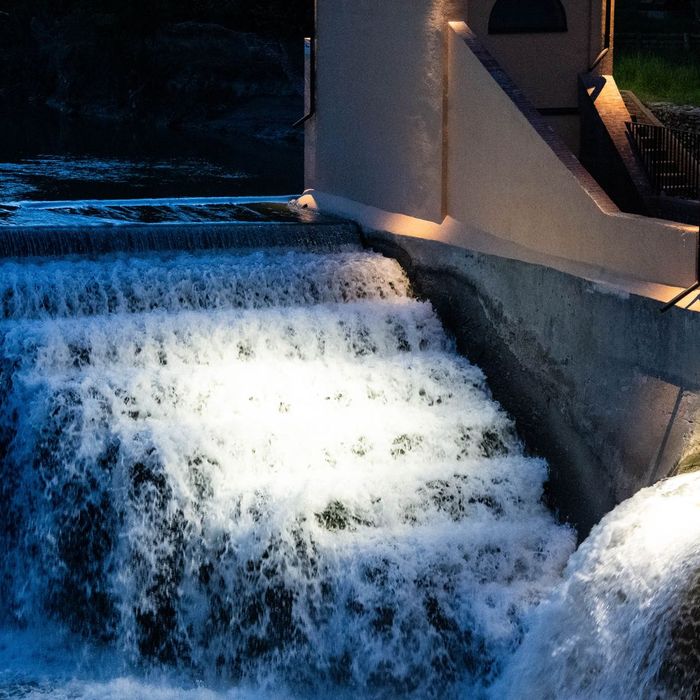 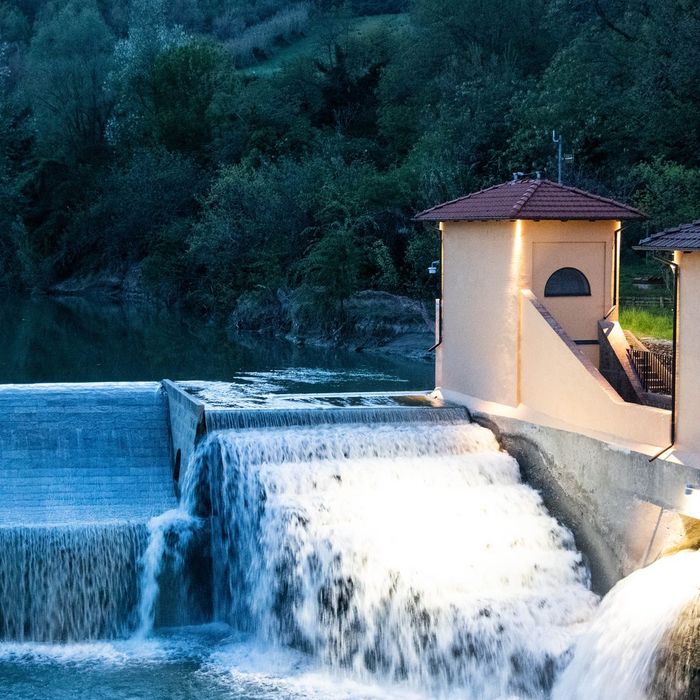 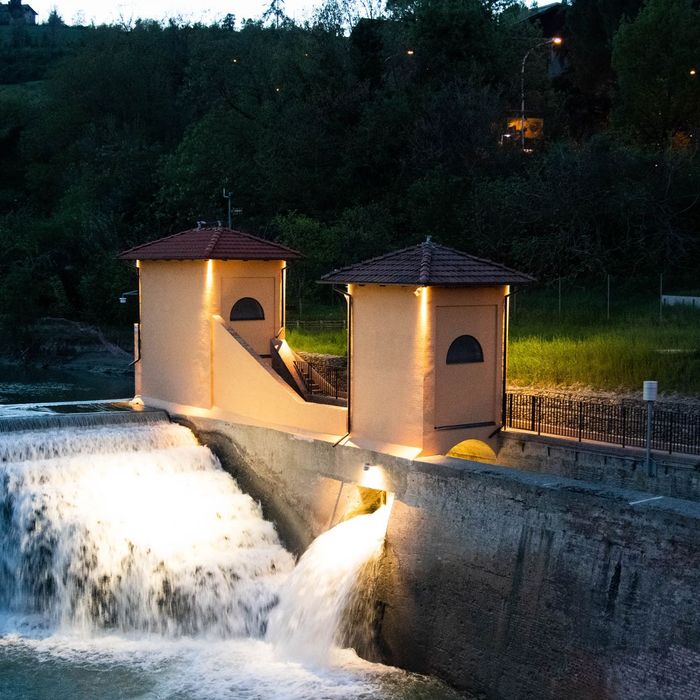 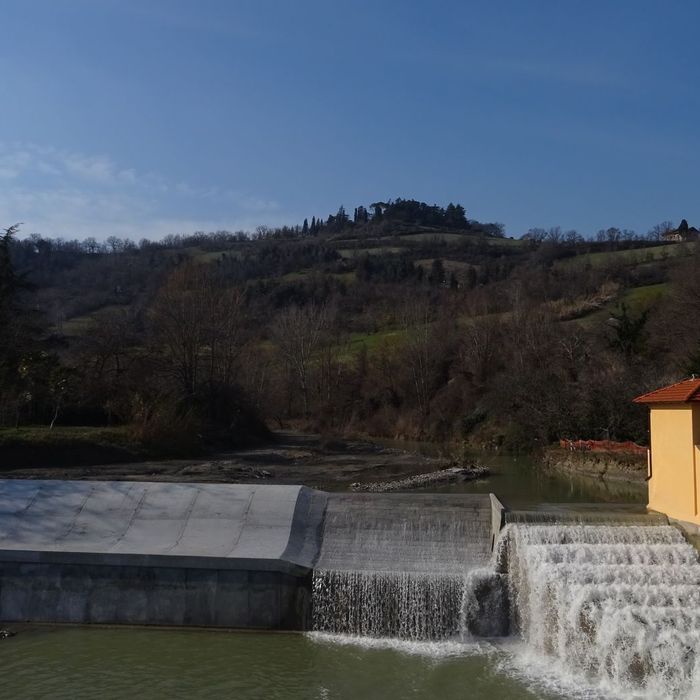 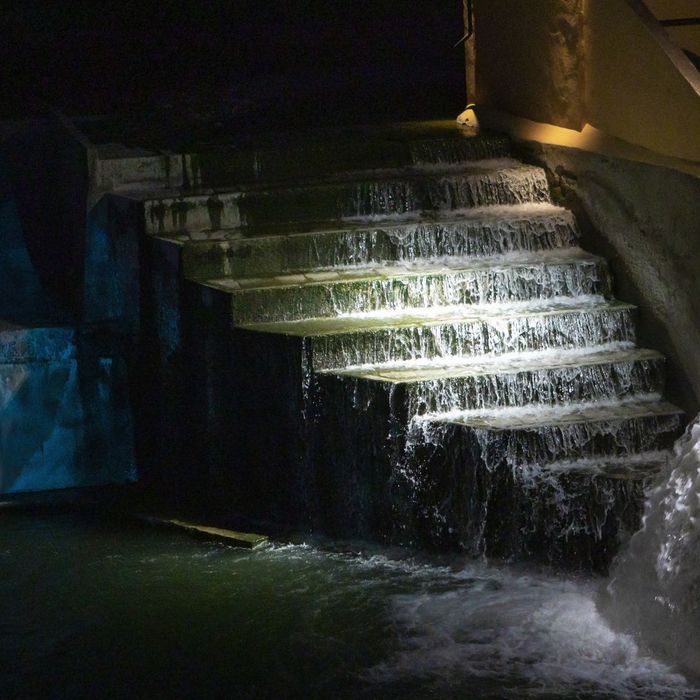 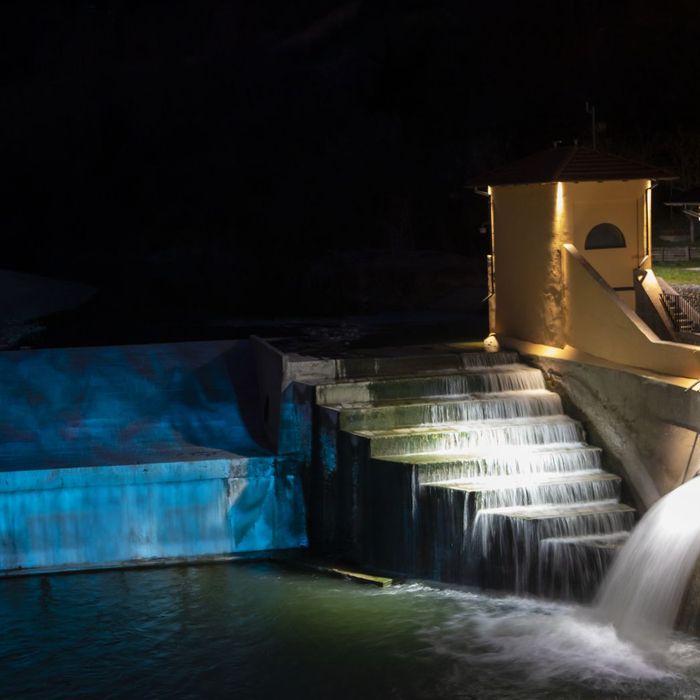 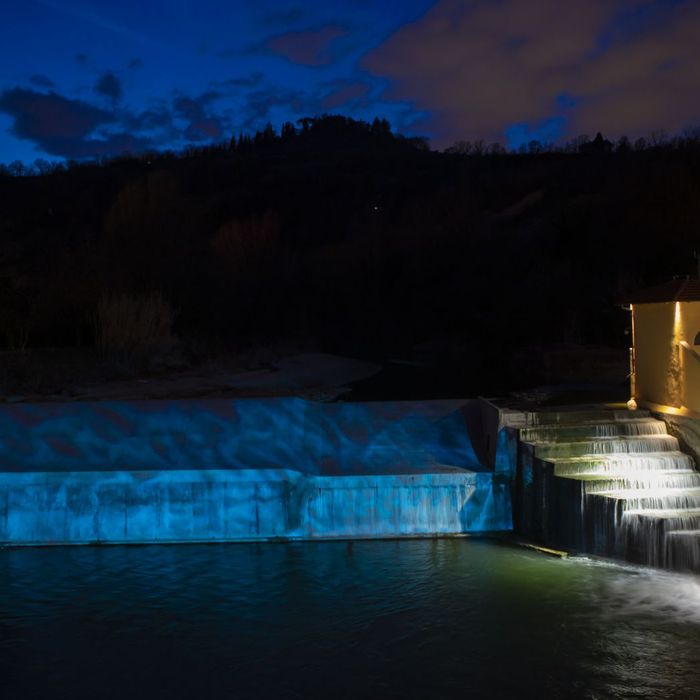 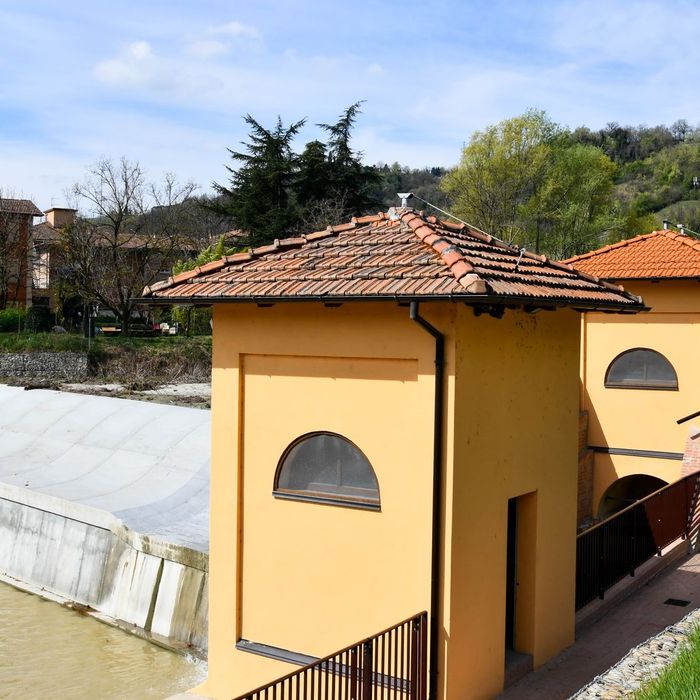 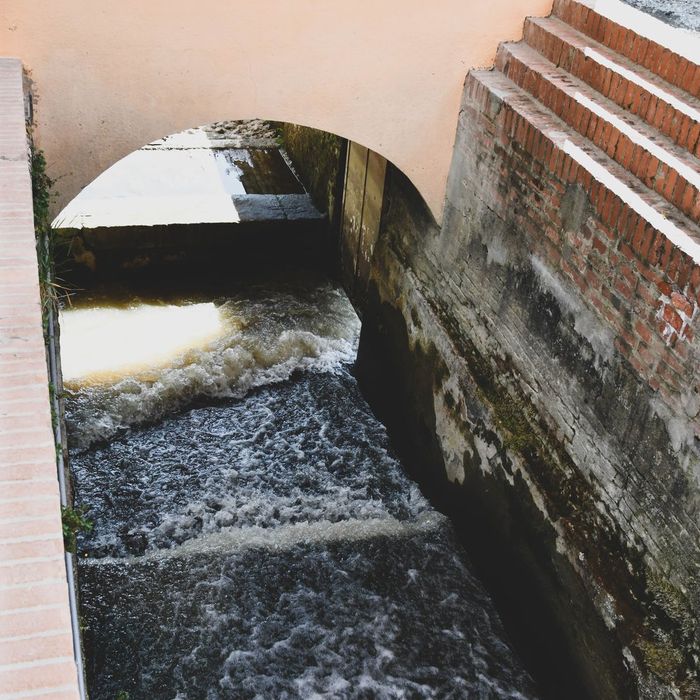 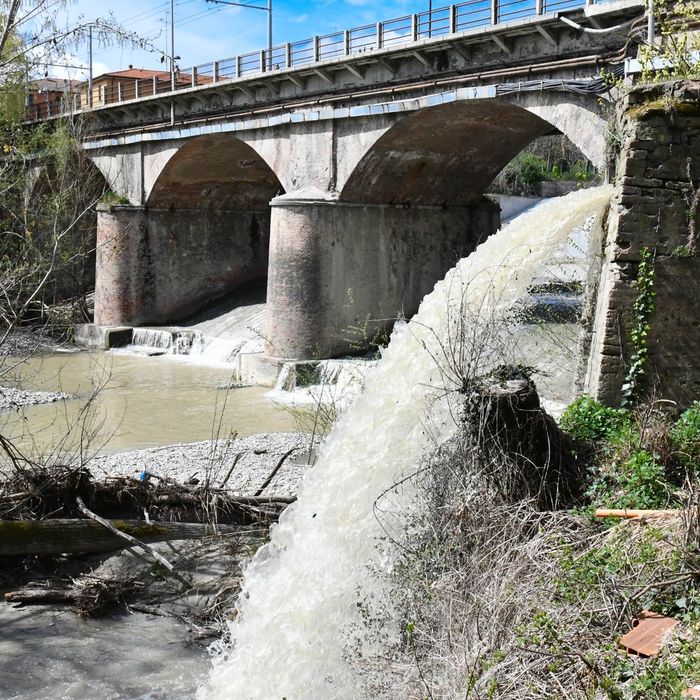 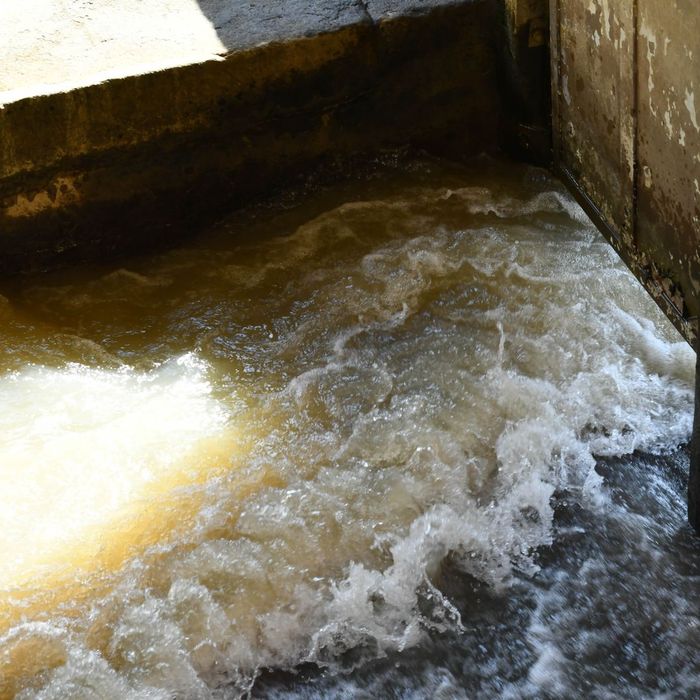 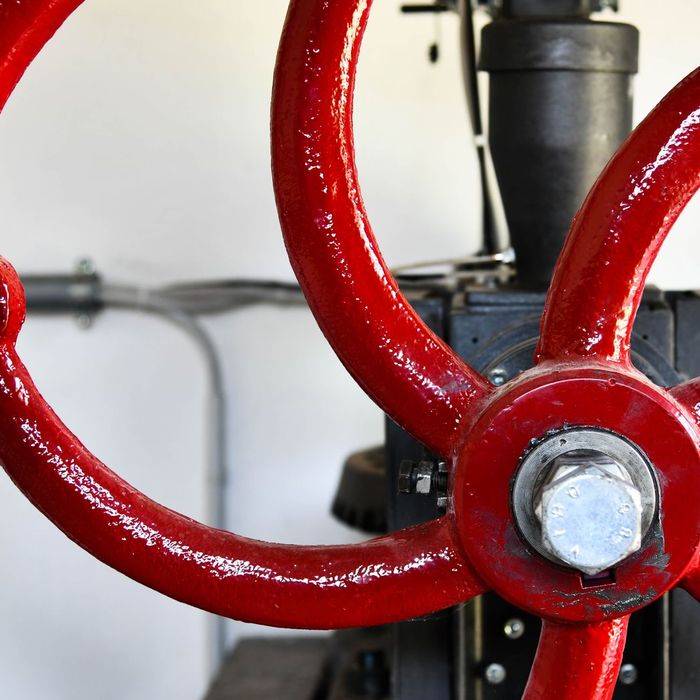