On 29 March 1681 Giovan Battista Mengarelli was granted the possibility of constructing a building on the Reno canal to be used as a leather goods factory (tannery) with the proviso that the leather had to be marked so that their Bolognese workmanship could always be recognised, hence the name "Opificio della Grada" (Grada factory).

During the 18th century the building became the property of Cardinal Pompeo Aldrovandi, who bought it by settling the debts of the heir Mangarelli.

In addition to processing leather, it is known that there was a wheel capable of producing a driving force and irrigating a vegetable garden on the Aldrovandi property to the south, in a dominant position, which was therefore unable to receive water naturally.
Even more important was the presence of a gall mill that produced a substance obtained from gall outgrowths taken from the bark of oaks attacked by parasites, precious for the tanning process. In fact, the hides were left to soak in quicklime, then they were subjected to numerous washings in running water and then steeped in the gall to fix the colours.

The building contained "all the machines" necessary to process the gall, to the point that the whole could be considered an actual factory with full operational autonomy.

In his will, the cardinal left the profits of the tannery to the Chapter of St. Petronius, which became the full owner in 1775. Towards the end of the century, following various disputes with the "Corpo degli Interessati del canale di Reno", the building became the property precisely of this organisation, now known as the Consorzio della Chiusa di Casalecchio e del Canale di Reno.

Towards the middle of the 19th century the sector experienced a major downturn. In 1842 a proposal was made to build two wheat mills, but this was opposed by the Università delle Moline.
In 1860, the then Secretary of the Consortium proposed the construction of a summer establishment for summer public baths and a laundry for the winter period.

In 1867-1878 the building was enlarged to its current size. In 1870 gas lighting was added, in 1992 the central part burned in a fire, traces of which can still be seen today in two trusses of the great roof terrace.

In 1899 the Istituto Ortopedico Rizzoli asked for the right to use water energy for two turbines, later increased to three, to power the first X-ray room.
The plant operated until 1926, after which the turbines were dismantled.
For some time the rooms on the third floor were used by the Maccaferri company, which placed an advertisement for the company on the outer wall.

After the war, when all industrial use ceased, the entire building was adapted for residential use. For some time police worked on the ground floor. Nonetheless, water flow management through the ancient floodgates capable of regulating the entire stretch of canal upstream never ceased.

In 1995 the consortium undertook an important project aimed at recovering the building. Once the static renovation had been completed, the first phase of the conservative recovery was limited to a part intended for the offices and the guard house for the Canal Regulator.

The ground floor, where the large water wheel is located, was renovated in 2018 and will soon be transformed into an educational archive, the Opificio delle Acque. 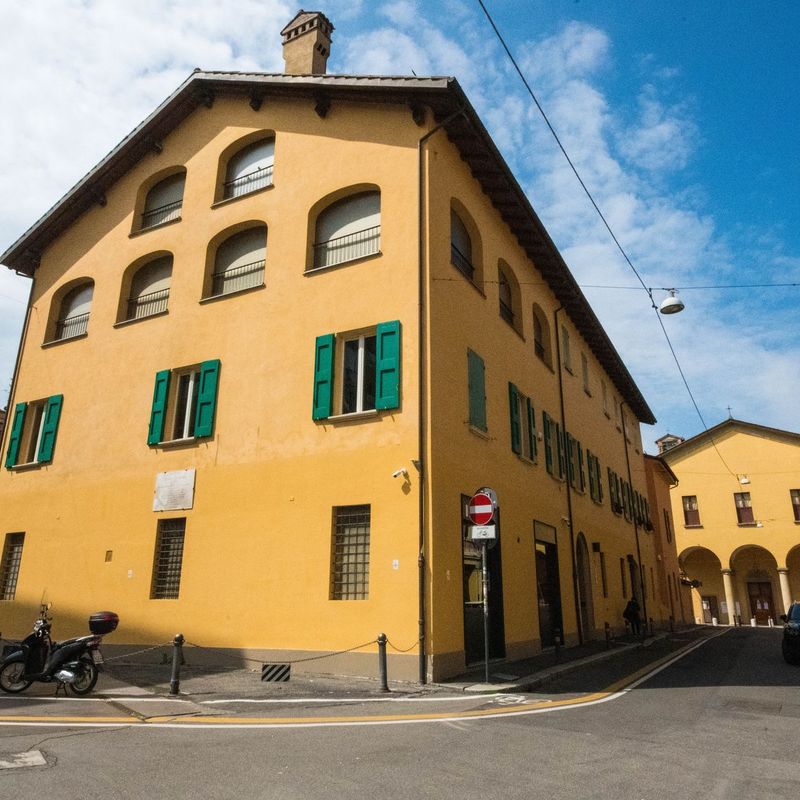 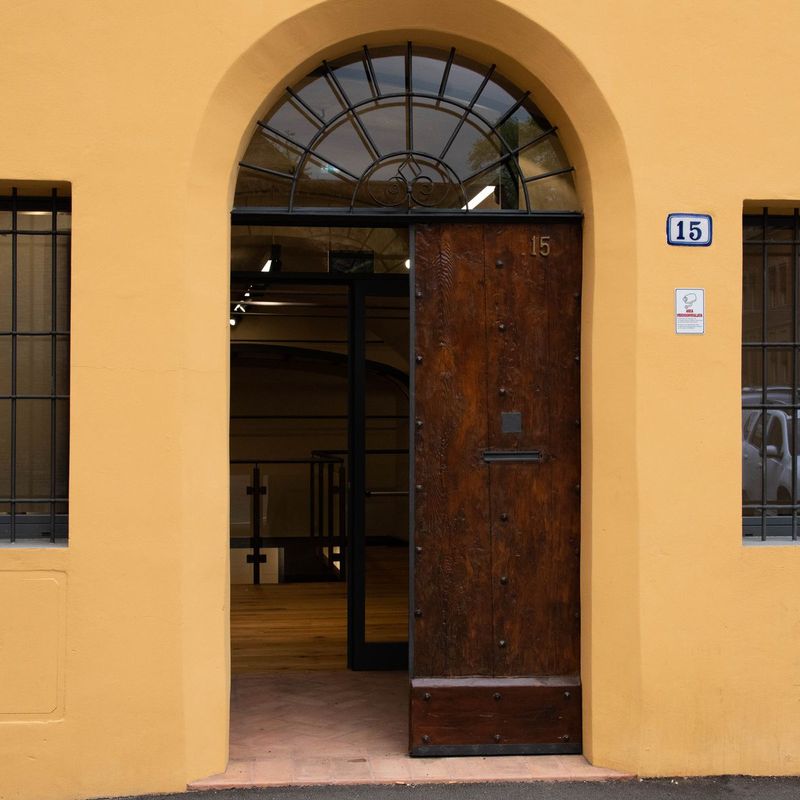 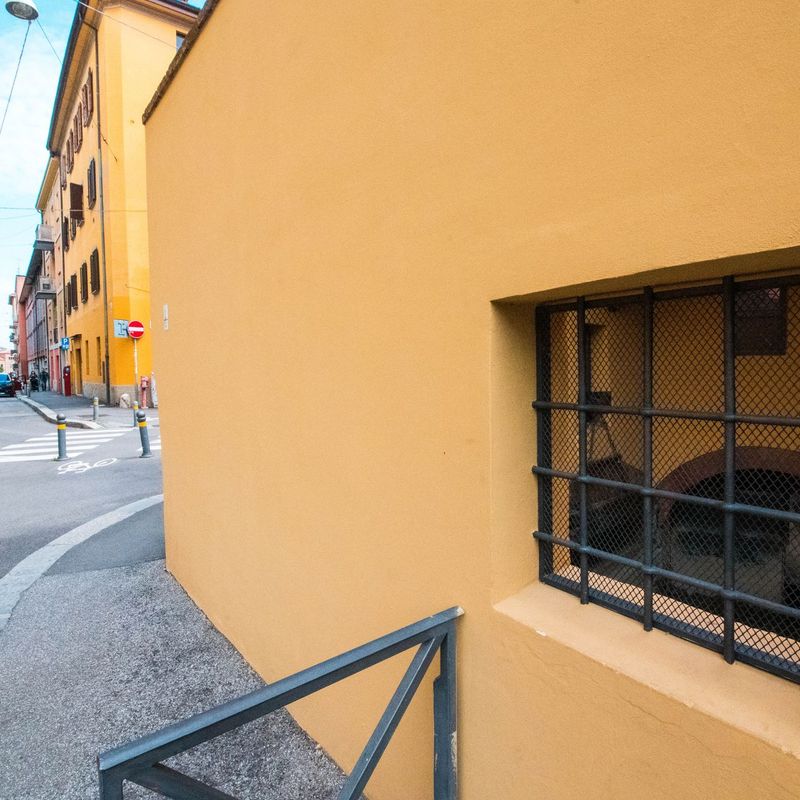 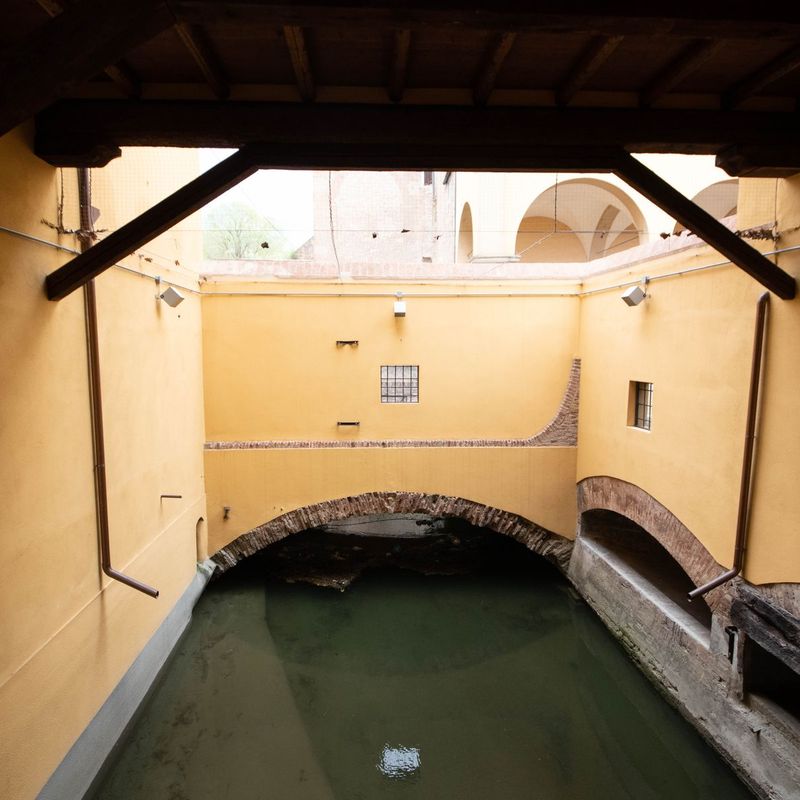 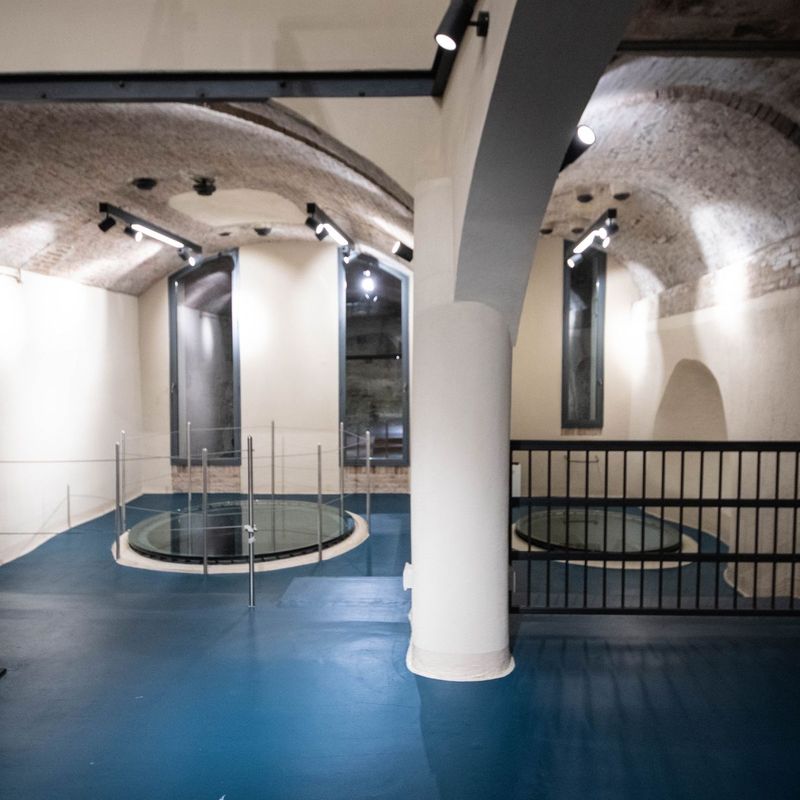 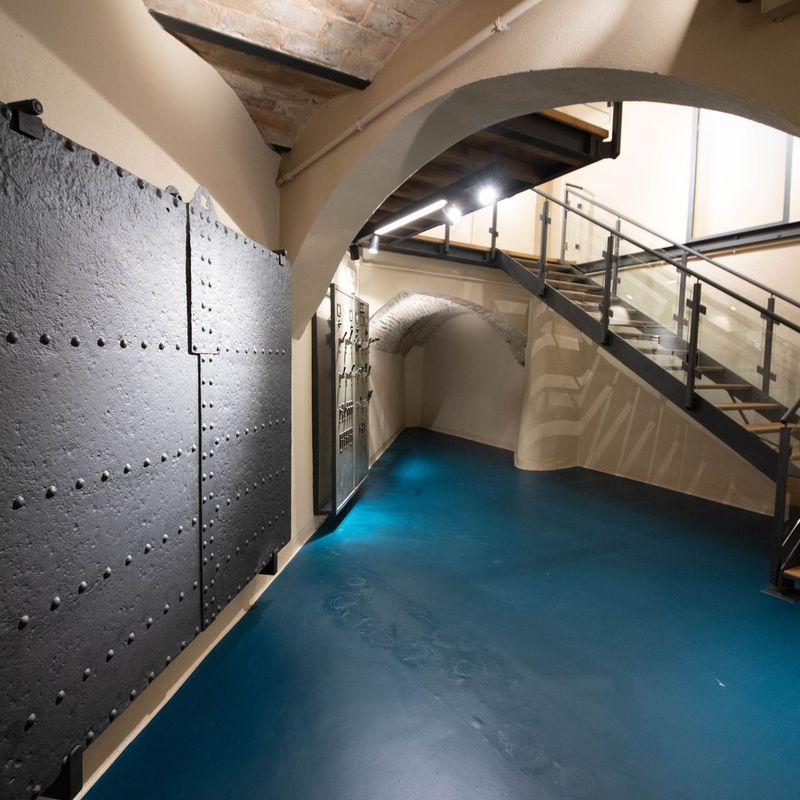 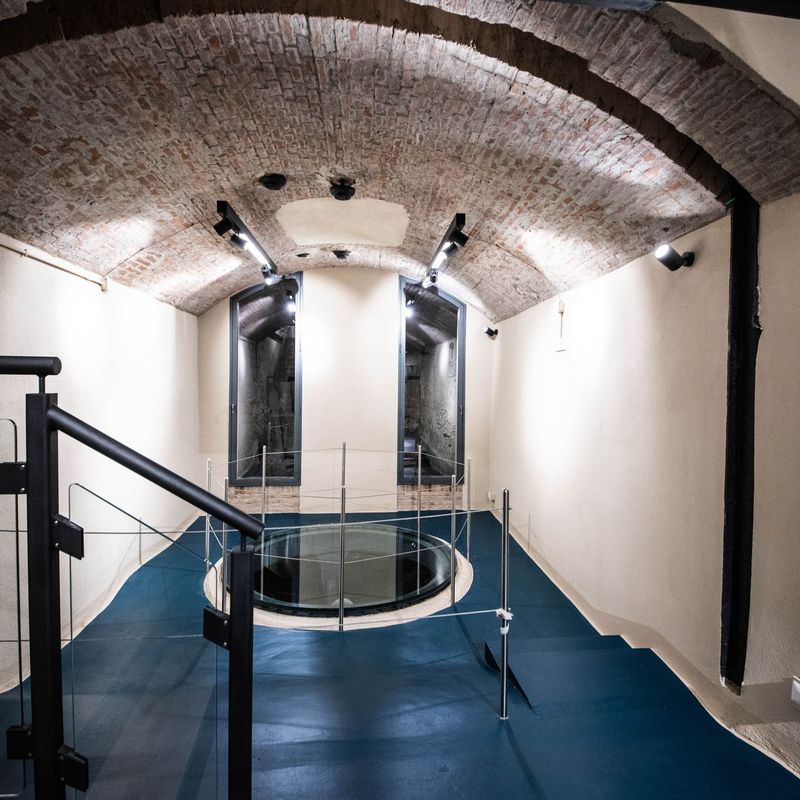 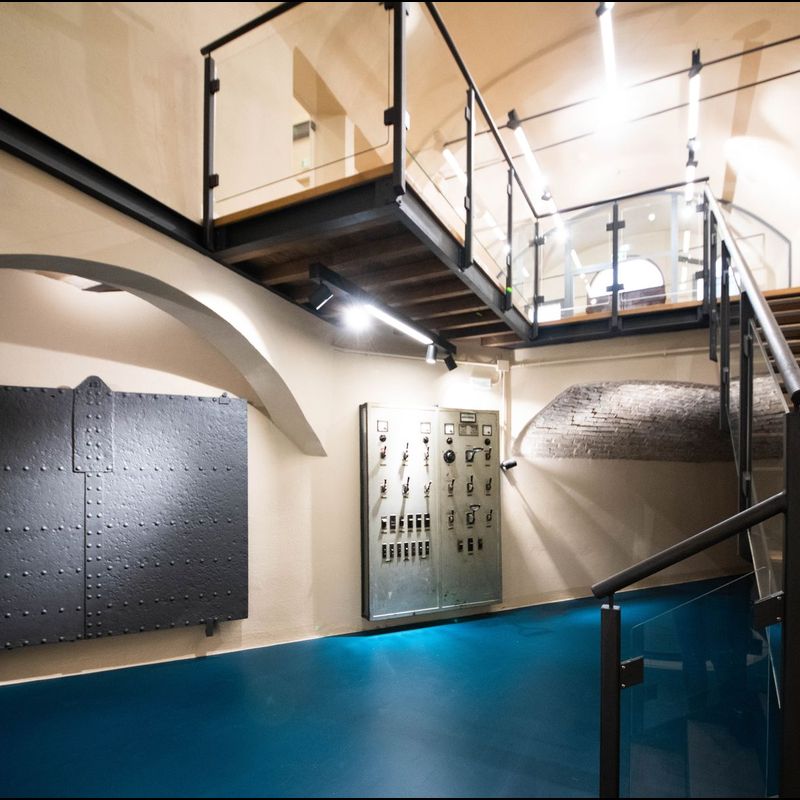 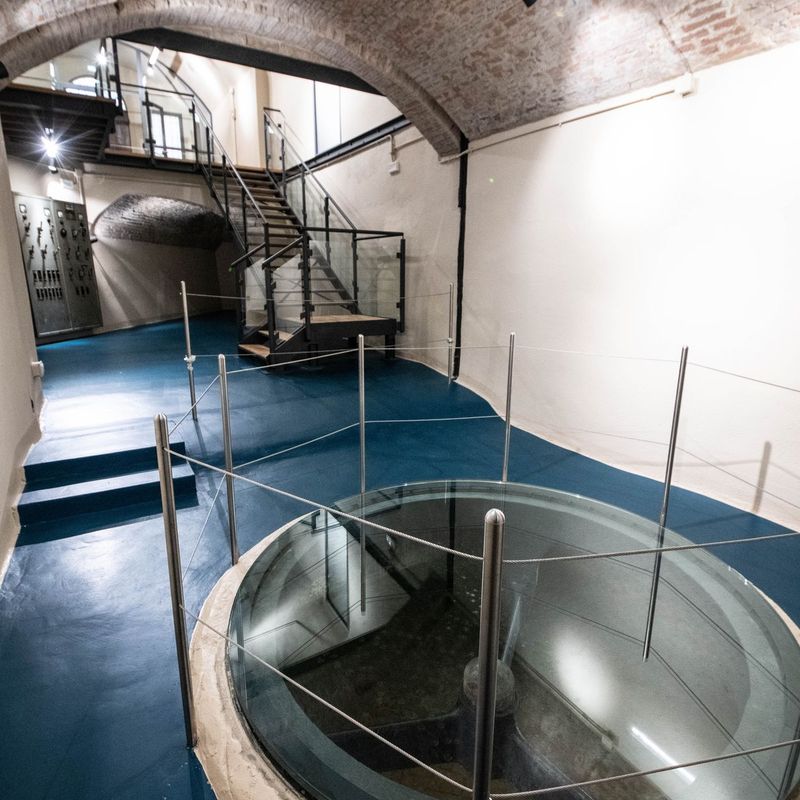 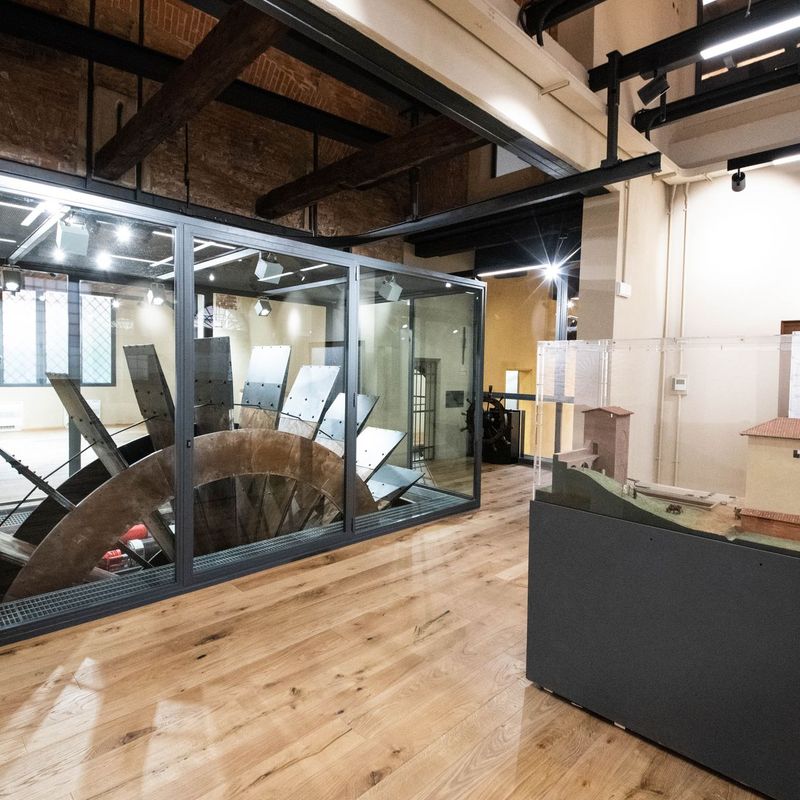 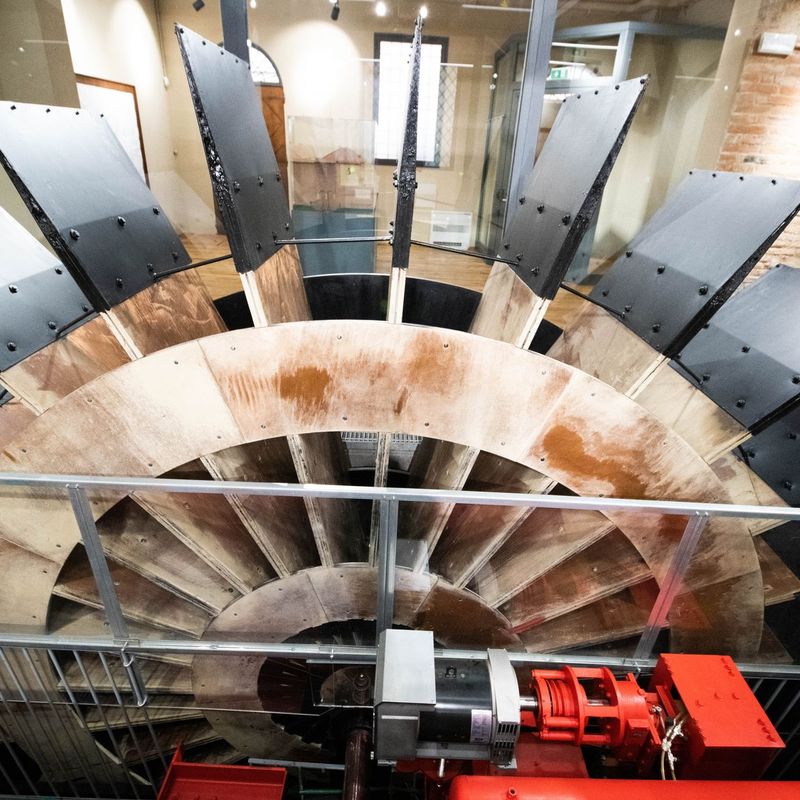 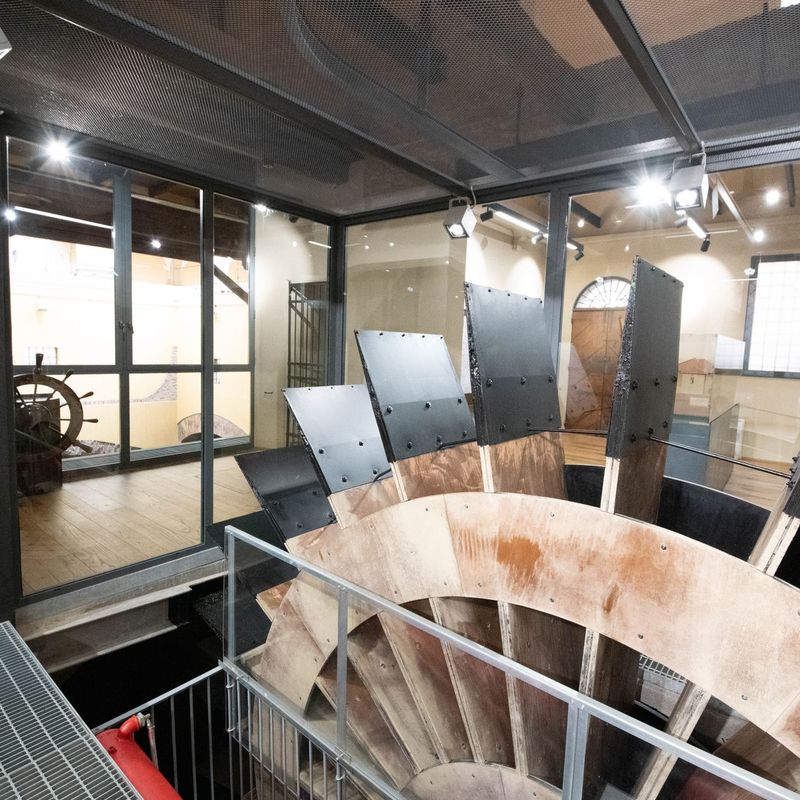 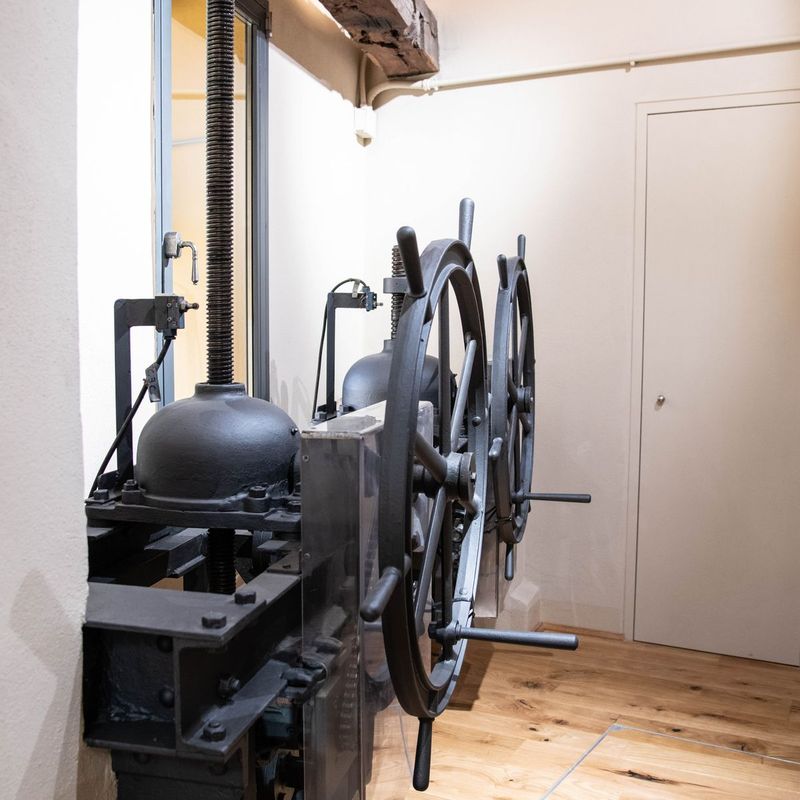 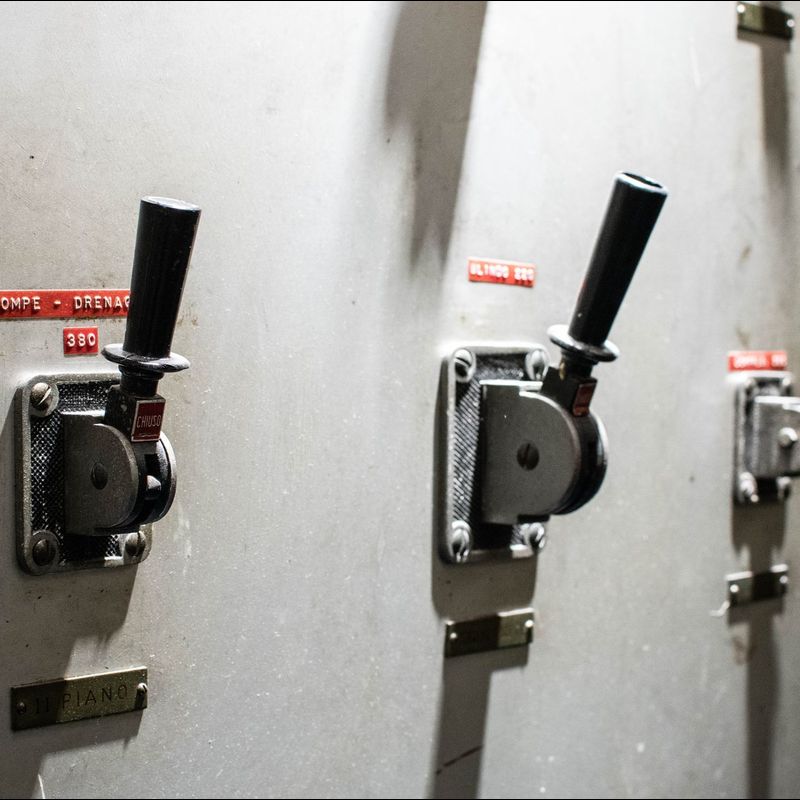 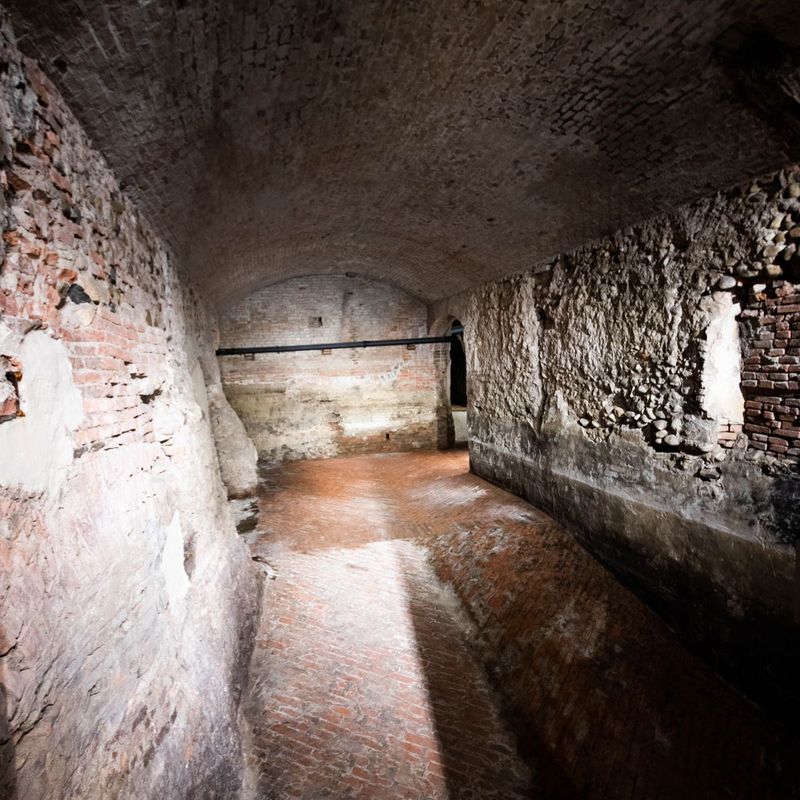